I finally watched Capaldi’s final episode. Although I liked his quirky personality, I never quite warmed up to his series because of the storylines. Regardless, I still got a little teary-eyed in his final moments.

Doctor Who does such a good job of giving each actor a dignified farewell with a speech that fits his personality and appearances from each of his companions. It’s always a painful farewell.

In the past, I thought this is a bit odd, considering the character of the Doctor is technically just changing in appearance. But as this was a year of many farewells and changes for me, I finally understood why the Doctor experiences such anguish as he changes form.

We often think of change as something that happens outside of ourselves: new job, new school, new friends, new house. But with every major life change, we also say goodbye to who we were during that stage of our life. The phase with Converse shoes ends to welcome the bow tie, which eventually gives way to sunglasses and a guitar.* 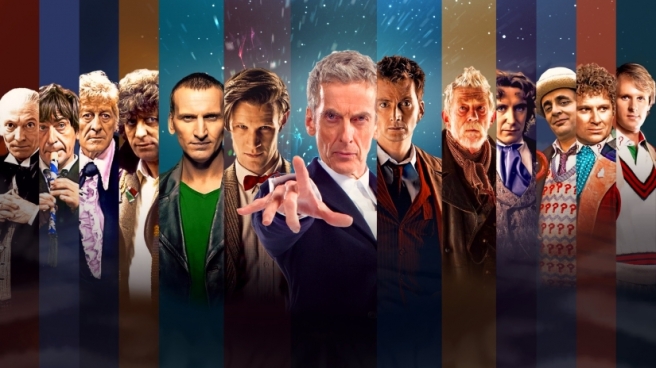 Although it’s exciting to think of the new things we will experience in every new stage of our lives, I don’t know if we quite give the time and reflection it takes to say goodbye to who we were. Because that person, with their experiences and relationships, was a pretty amazing person, too. The exciting new things to come shouldn’t make us forget or devalue who we were during each of our early stages.

And with that speech, he was finally able to let go and make the change.

When I made all my big changes this summer, I took a lot of time to say goodbye to my colleagues, my students, my school, my house–everything and everyone except myself. I was really proud of the person I had become in that stage of my life. I deserved a goodbye.

In August, I had a rocky start to my new stage. Now I think it was because I hadn’t fully let go. I hadn’t given myself a worthy goodbye. I didn’t give the person I was give her final farewell speech, give her advice to me, and say goodbye on her own terms.

I’m going to take a page from the Doctor’s book and give time to value who I was in my last stage of life. I’m going to let that person give her farewell and her advice for me as I embrace my new role. And with that, I hope to be able to move forward confidently into the new person that I will become.

Do you think you give yourself enough time to reflect on yourself before you move on to new stages in life? Comment below with lessons you’ve learned in your early stages that you still hold on to!

Both handlettering pieces in this entry are original pieces by me! They were done digitally using the Procreate app. See more of my work on Instagram @nerdladydraws.

(And sometimes a little work.) Be patient, seek support, take care of yourself, and have faith that things will get better. . . My daughter brought home some kind of godforsaken bug from daycare and we all got sick. I got it the worst this time--I think it combined with stress to make my neck freeze up with pain. I had to whine to my parents until my mom insisted on massaging some ayurvedic oil on me... but they both reminded me that these things take time, it's not going to get better overnight, and I have to continue taking care of myself for it to slowly improve. I spent much of the day yesterday stretching and taking it slow... it's starting to get better! . . I think this is a good reminder for all the other stress I'm buried in right now, too. It feels like it won't ever go away, but I've got to have faith, ask for help/be willing to be helped, and take things one step at a time. I've got to build in self-care into my long to-do list, and cheering myself on at every little thing that I can cross off my list. Now if you'll excuse me, I'm gonna stop craning over my phone and do some neck muscle stretches! Hope this serves as a nice reminder for anyone else who is struggling right now!
"Now there's no more sun... winter has killed everything..." . . Who remembers this strange little 90s cartoon? I've been thinking about this song a lot lately with the weather we've had. Cold, cloudy weather, without Christmas or snow to make it joyful, always gets me down. I didn't realize how bad until the sun finally showed up on Wednesday afternoon, and my load felt a little lighter. Looking forward to spring sunshine... until then, I'm going to be emo with Thumbelina.
Because we all need this reminder 💙 . . (And yes, I’m still crying over this #frozen2 moment. Anyone else get something in your eyes and throat and chest whenever you hear this?)